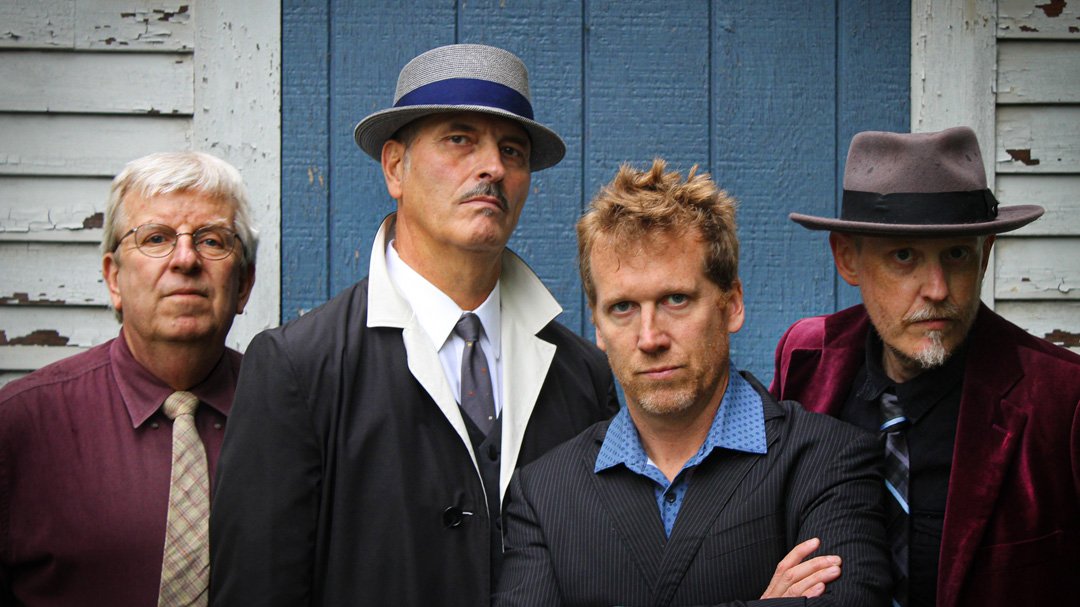 As one of the premier bands on the impressive Boston blues scene, Walk That Walk is an east-coast phenomenon, but its midwestern roots run deep. The group’s material and fiery performances are born of the fertile sounds of Detroit and Chicago, where the electric blues was forged in the 1950s.

The band typically performed for crowds of 3000+ people during the tours with Bo and Johnnie, and they’ve also backed Carey Bell – Chicago blues-harmonica ace. They honed their unique, toe-tapping sound by performing at 800+ shows – and earning extensive airplay on 500+ radio stations with their debut self-titled release, and subsequent studio recordings. They have been a mainstay act in the renowned Boston Blues Festival for many years, performing alongside greats including Levon Helm, Gatemouth Brown, Eric Burdon, Son Seals, and Big Jack Johnson. Their work includes long-running engagements at the major New England rooms including the original House of Blues, the renowned Harper’s Ferry, and Johnny D’s Uptown Lounge.

As front-man Poppa C notes, “if you’re not passionate and high energy when you perform, people will head for the exits.” These days, the only reason folks are near the exits at Walk That Walk shows is because there’s nowhere else to stand!

DeSnyder founded Walk That Walk in 1992, and has served as manager, producer, front man, guitarist, and lead vocalist for the band since its inception.  He has penned all of the original Walk That Walk compositions, which includes a collaboration with former band member Tim Gartland on some of the early Walk That Walk songs.

A Motown native and guitarist/vocalist, Chuck was a teen rocker, winning high school talent contests and leading successful R&B-tinged bands throughout college and for several years in New York City. But when he moved to Boston, his “blues sickness” could no longer be suppressed.

Long-time friend of the band, Jimmy James has been sitting in with Walk That Walk on occasion for well over 20 years, it’s about time we got him full-time! In the 90s he played in blues and funk bands around Boston and the Cape, missing out entirely on Grunge and the popular styles of that time in lieu of a deep study in Chicago and Delta Blues styles. After a hiatus of sorts James finally came back into the fold and now can be seen singing and slinging his Stratocaster with Walk That Walk, along with his other rock/funk/psychedelic projects on the North Shore.

With a childhood listening background including Zeppelin’s blues-tinged second album and forefathers like Lightning Hopkins, the blues are in Reese’s DNA, existing in harmony with years of training in the performance of classical pipe organ literature and a love affair with hard funk. Reese feels at home in the lineage of melodic groove bassists flowing back through John Paul Jones, James Jamerson, all the way back to… J.S. Bach.

A seasoned performer, Reese is adept at three styles of music and awkwardly competent at four others. He has held bassist roles in a number of original bands in the Boston area, including two with Boston Music Award nods, and has provided bass work for a number of bands and songwriters in a myriad of styles. He went to the crossroads with a former bandmate circa 1999 where both did in fact sell their souls; shortly thereafter they doubted their decision and tried to buy them back.

His only brushes with musical fame were trying to strong-arm his way into auditions for the Black Crowes and Weezer, both of which went exactly nowhere.

Alan brings years of touring experience to the band as a drummer, always laying down the essential beat to each song. He’s worked extensively in a wide range of styles, including blues, jazz, rock, Cajun, Caribbean and African music. Throughout New England he has played and recorded with The Porchrockers, Rumbafrica, Tropical Fire and the Boston Jazz Reggae Trio. In Chicago and across the Midwest Alan has performed with Ike Reilly, the Otters, Ghanatta, C5, the I-lites and many other bands and singers.

What’s next for Walk That Walk? More of the same, only better. As DeSnyder says, the most important thing for this band to do is to “write brilliant songs and perform them like men who sold their souls at the crossroads.”

To schedule an interview, book the band, or get more information, contact Chuck DeSnyder at chuckdesnyder@yahoo.com, or call him at 917-209-778